8 Things About New Twitter Profile Design – Every Marketer Must Know! 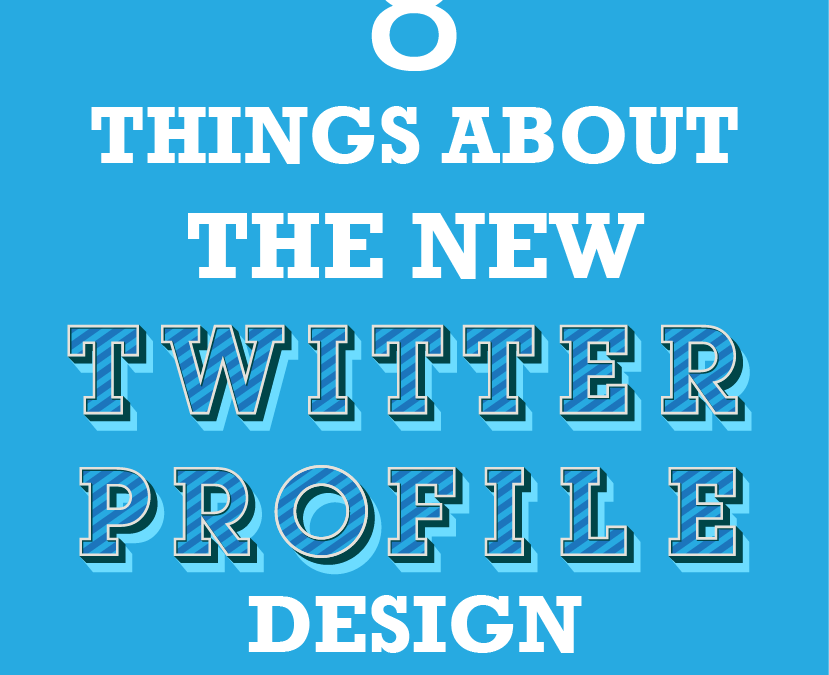 It was Facebook or Google+ that was copying Twitter features before, Its Twitter now trying to replicate Facebook and Google+ | Wow, this social networking innovation is product of mere benchmarks of competitors. The focus this time is on content cards and picture visibility, looks like Twitter has realised the power of selfie that went viral recently. The game of 140 character text only platform is slowly shifting its focus.   Lets explore few things, new things that Twitter has got in place:

Twitter has introduced larger cover picture, previously it used to be spaced out in a smaller rectangle behind the profile picture. Now, the cover picture spreads across the complete profile and is a replica of Facebook Cover picture. However, this is a good move as changing background picture on Twitter was hardly noticed. Marketers, can make use of this feature to design a cover picture on their latest contest/campaign with all the required visuals and text to educate the audience.

The latest design on Twitter will invite more individuals to join the platform, especially the Facebook savvy crowd will find it easier. I sincerely, hope they don’t add a privacy feature on Twitter – Trust me, that would be the worst move ever.

The header photo / cover picture size is 1500 x 1500 pixels, currently it is 1252 x 626. Marketers must get the new cover picture design ready or else the current design will look stretched.

This was a feature that Twitter planned for Business pages (and I am not sure if that initiative was taken forward). Pinned tweets is wise if you want to showcase something to your profile visitors. Can be an award, latest trend, your blog post, current campaign, opinion etc. This is a very interesting feature as it shall help brands showcase their most important tweet for contest for which they are seeking maximum RTs. The news of the day can be pinned and all the highlight points can be showcased through the pinning feature. 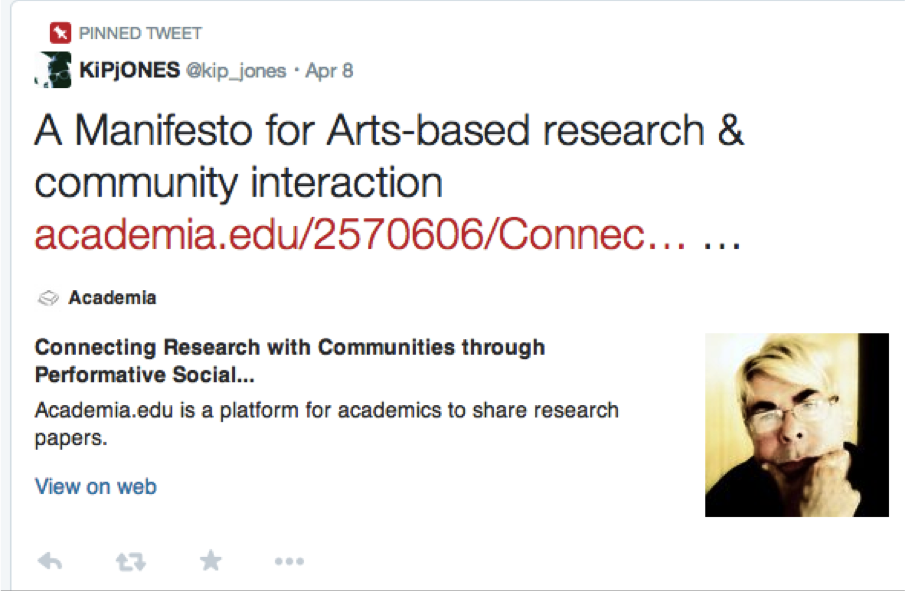 Variable font sizes are used for the tweets with the most engagement. On a timeline it makes it easier for marketers to know about the tweets with better engagement and decide to create more such tweets for the future update. On what parameters this is decided, I assume they have some algorithm in the backend to determine the best tweets. 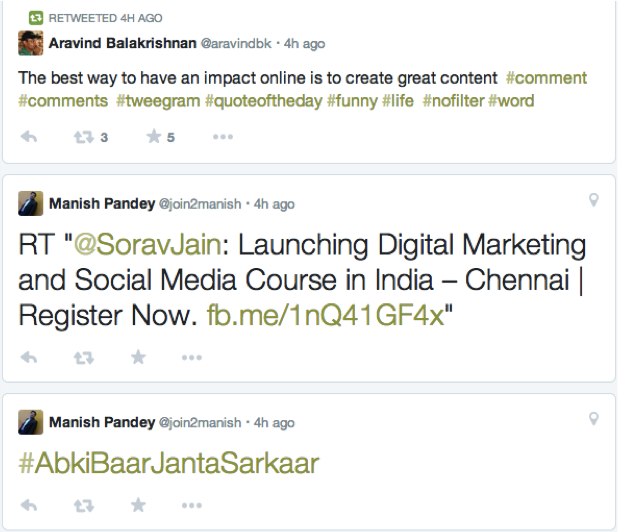 Photos and Videos were just meant to be shared on Twitter once upon a time. Twitter is now going to clearly have a space to showcase the archive. Pretty much like album and photos feature of Facebook. As a marketer, you can peep in to the pictures shared by your target audience to begin the conversation. As a viewer, you can segregate tweets only, tweets + responses tab – this will help you distinguish tweets better. 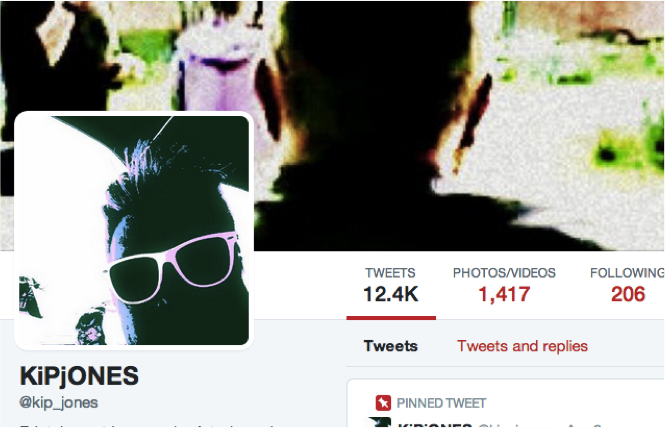 Twitter recently announced photo tagging feature for the android and iphone twitter apps. Though this is not part of the new design feature on Twitter yet, this is an interesting feature that will help marketers ideate interesting campaigns. Also, the images posted in the new twitter profile design appears to be larger on the timeline. 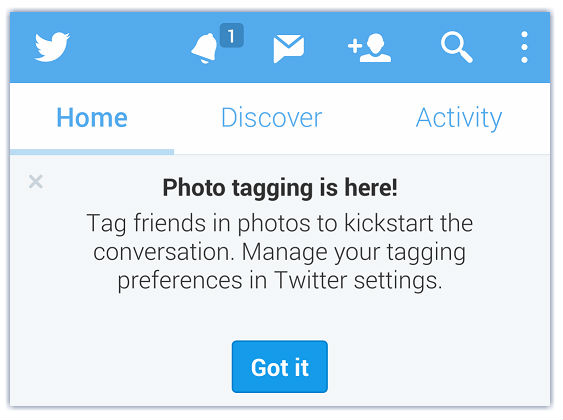 6. Uploading Multing Photos: Like how we upload couple of pictures on Facebook together, Twitter now allows us to upload a lot of pictures at the same time through android / iphone app. This is a fantastic feature. Makes easier for brands to upload pictures of a particular event together, provided they are uploaded through mobile as this feature is only available on Android and Iphone Twitter app.

The new follower or follow display comes along with the cover picture of the tweeters. The accounts were vertically displayed before and now horizontally. 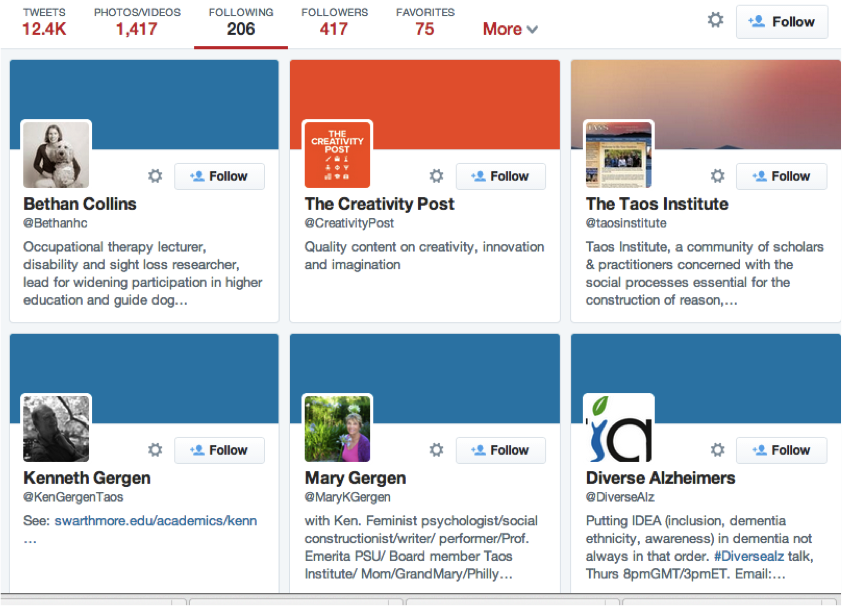 The display picture, twitter handle, bio, URL and city comes on the left hand side, this come along with date of Joining Twitter. I like the joining date feature, helps individuals add some credibility to their profile. 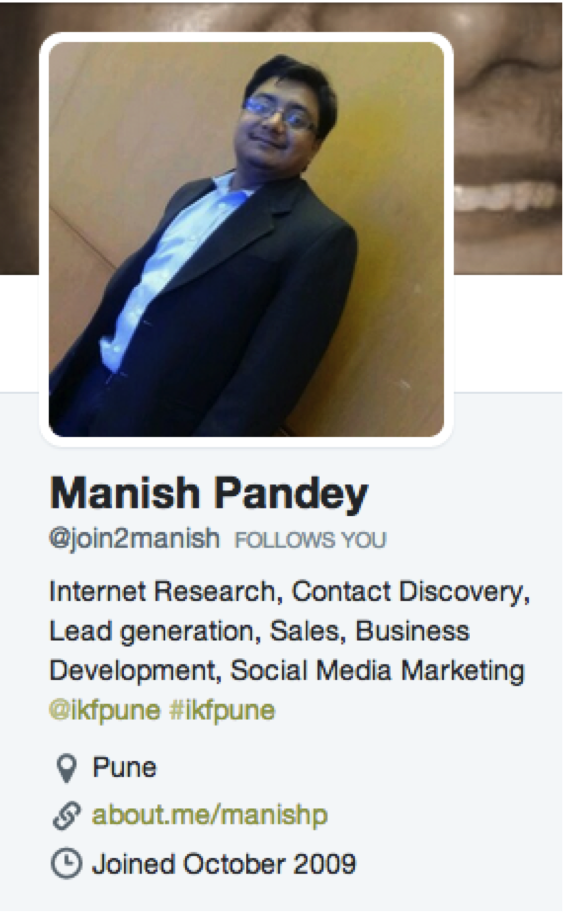 What is your thought on the New Twitter Profile? Does it replicate Facebook? I would love to know your thoughts on the same.