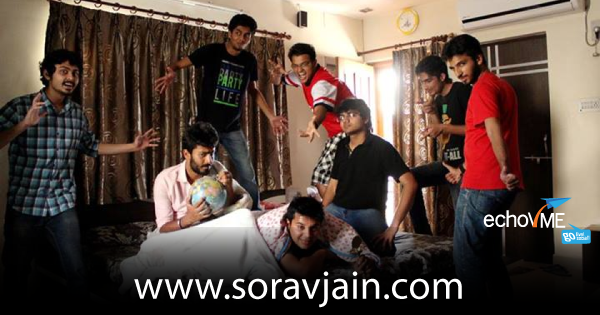 I love it when people make use of Social Media to become globally popular and here is an amazing case study. A video of engineering guys dancing on Baby Doll song from Raagini MMS 2 went viral on internet last month with 20 million views, millions of shares on Facebook and What’s app and since then these engineering guys are in demand. On 12th April 2014 these guys named their group ‘Baba Dolls‘, launched their Facebook page and within a span of 1 week the page has organically grown with 30,000+ Fans. They re-enacted the situation in the same room to click few pictures for their Facebook engagement. Currently, the team is busy introducing the members of their Baba Doll group with pictures from an exclusive photo shoot. We had an opportunity to interview them on their launch of Facebook Page:

How did you hit upon the idea of the video?

We all were just sitting together, getting bored when this idea hit us. Here is the video: https://www.youtube.com/watch?v=dd7-Cx5z644

What is something that you have achieved through this video of yours that has gone viral?

We got a ready made platform and exposure which others crave for. Also we have grown in our confidence level after the response we got. And now we are going to make some more videos for sure !

We did not intend to make the video for such a large crowd. we just uploaded the video on Facebook for our friends to see and enjoy. but after seeing the response the video got in just one day, we also uploaded it on youtube.

Your Facebook page now has around 30k fans. How does it feel? Was any of this planned?

Of course it feels great that everyone still is liking our video after about a month of uploading.yes the likes are all organic.

What urged you guys to create a Facebook page? Are the likes organic?

After seeing the craze for our video, and everybody’s suggestions to take all this to the next level, we decided to create our own Facebook fan page through which we could connect directly to our fans and share and post our upcoming videos.

In your Facebook page you have linked your personal profiles. This sure must have spawned numerous friend requests. Do you think this is a good idea?

When we uploaded the video, a lot of people were asking about the guys in the video, who are they, where are they from, so we decided to post about each member of our group on our page so that everyone could know about us. Yes after that we all are getting a no. of requests on Facebook. But its good to see such love from our fans !

Social media has been instrumental in your success. How do you plan to utilize this and take this forward? What’s next? Can you introduce the complete team along with their photographs?

Yes the success of our video can be credited to social media. Many social websites, blogs shared and wrote about our video. We also got a lot of response from different newspapers, magazines and radios, who took our interviews and wrote articles about us.

One last question, how many proposal from girls did you invite post this virality?

Its amazing to see how these guys have taken advantage of Social Media by creating a video on Facebook, YouTube and later creating a Facebook page to enjoy the organic success. I am sure these guys did this for fun and now this is going to be a full time profession moving forward in case they come up with more such hilarious videos! However, the credibility of the platform is all up and ready its time for these young guys in their early 20s to roll their sleeves and come up with something exciting! Join them on Facebook – Baba Dolls.