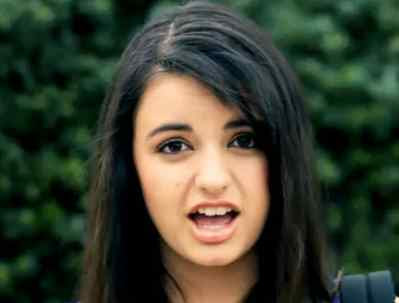 Have you heard the name of Rebecca Black? If you have, then you are probably actively paying attention to all that has been happening in the Social Media circuit. Rebecca, less than two years ago, was what one would call an average 13 year old from Anaheim, Orange County, California. Today, however, she is a sensation while she gets about $30,000 each week. Her music video ‘Friday’ has over 47 million YouTube views and is considered to be the 19th most downloaded song on iTunes.

The Video She Launched:

How did she manage that? On March 14, 2011 she released her video on YouTube. It is a song written by Clarence Jey and Patrice Wilson and was performed by Rebecca Black. The video was produced by ARK Music Factory a Los Angeles vanity record label. ARK Music Factory was informed of Rebecca Black by one of her friends.

Comedian Daniel Tosh, one of Comedy Central’s, posted Black’s video on his site and called it ‘Songwriting isn’t for everyone’. This created a storm of viral discussions. This updated sparked many users to interact and discuss. Tosh’s Twitter followers that accounted to over 1.7 million, and his Facebook fans that included over 4.5 million people started linking the video and spreading it to their friends.

Though her voice and the song have come under a lot of scrutiny Rebecca Black’s Twitter 60,000 fans have stood rock solid behind her. Today Ark Music Factor has earned a more than over $1 million collectively YouTube and iTunes. YouTube alone pays an average of $1 per for every 1000 view. Additionally, iTunes offers artists 70 cents for each download. The song in just these two forums has already earned over $1 million.

Though the Ark Music Factory founders have officially not committed to it, reports have indicated that Black’s mother paid $2000 to produce Black’s video. However, Black by herself doesn’t seem to be that involved in the money game. She has been donating her earnings to Japan’s relief since the earthquake; additionally she has been paying money to her school’s musical theatre program to help aspiring musicians with their pursuit.

When Black was interviewed with Fox Business and asked about her interest for the donations to Japan, she was reported to have said

‘My family and I have always been very altruistic. I decided to help the people in Japan because I believe we must assist those who are in need’. She also said, ‘This is an inadvertent success, so I’m not going to capitalize on it’.

Black’s manager, Cherly Kagan, has reported that Black owns the video and song rights. However, he added that the song’s lyrics and music for the most parts, meaning 90%, has been retained because of Ark because they had produced the video and the founders that wrote the lyrics for the song.

Should Black want to take a tour for the song that has been popularized using the social media, she would have to get permissions from the Ark Music Factory as they own 90% of the rights. Nevertheless, despite anything it is needless to say that this is and can be one of the biggest successes stories related to the social media. This is a direct indication of the influence that social media has on the market in today’s world; and how social media can be an important tool to enhance and increase one’s popularity easily and effectively.

After all as I always say Social Media is a Personal Branding tool more than the company’s branding! Its about person, conversations and their personality.