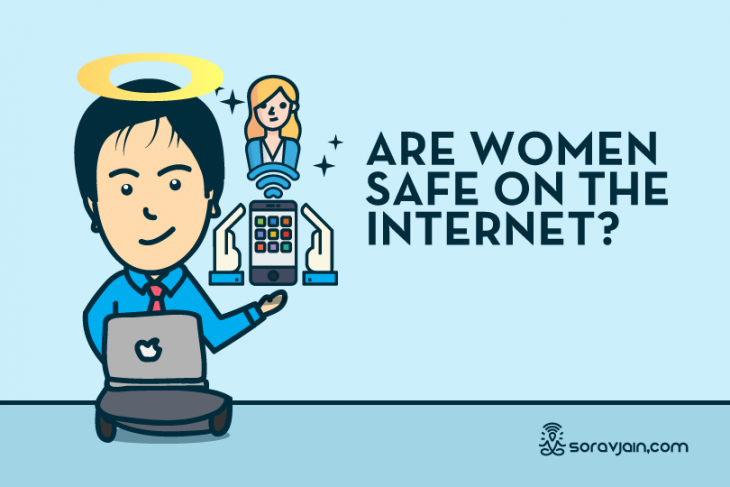 This is a question I come across frequently – ‘Are Women Safe On The Internet?’. Here’s a short and quick and short answer – Yes, they are! But it requires them to take a few steps because it’s always better to be safe than sorry! Just when I was thinking of drafting a story on this topic, I got an opportunity to associate with U.S. Consulate Chennai to become part of their women’s day week and transform this knowledge to them. I am no expert in Cyber Security, but I had to talk about this topic after I learnt someone hacked my Facebook account and un-friended some of best friends and tampered with my privacy settings.

At The US Consulate Chennai 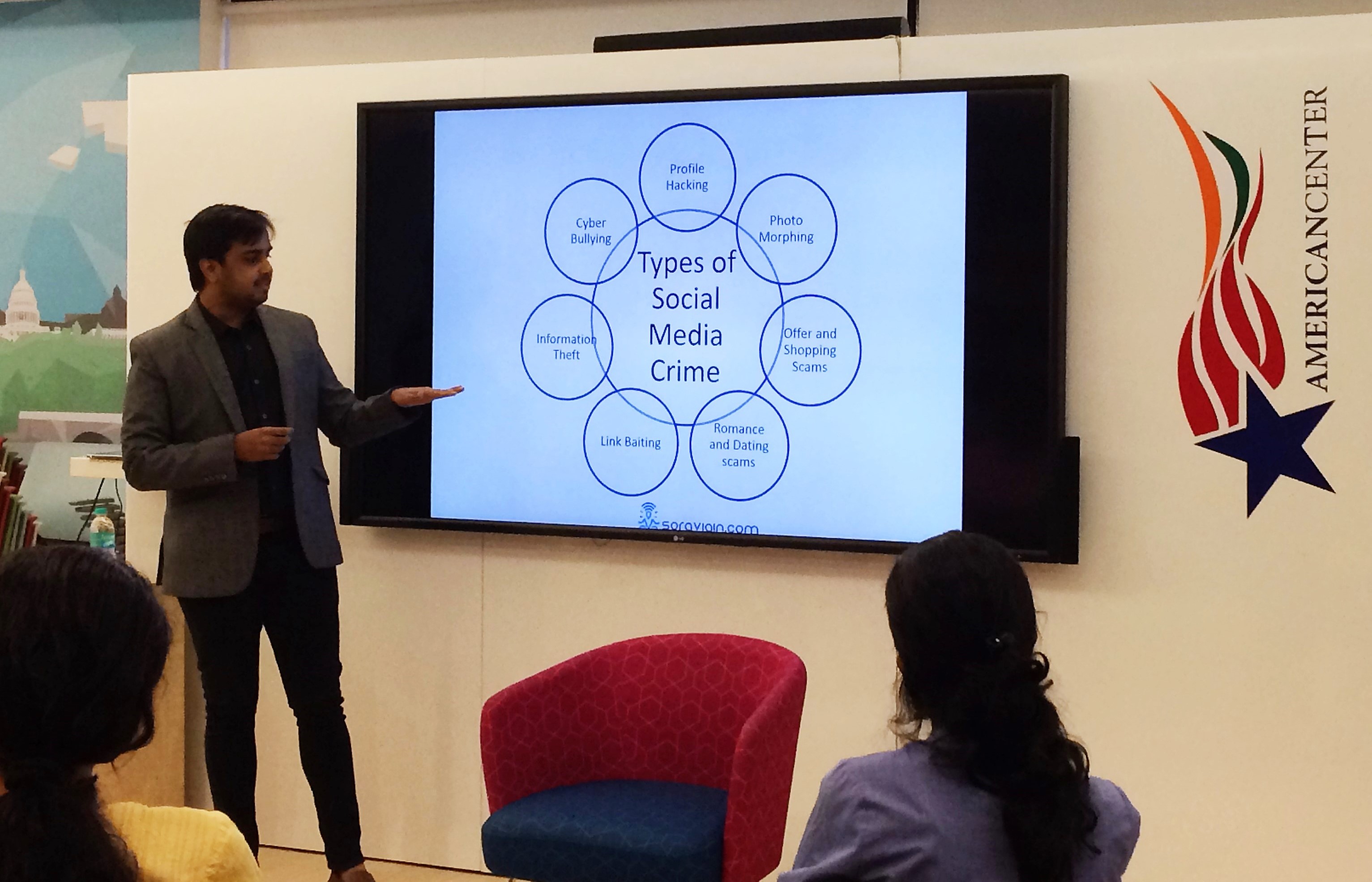 Most of our lives are public today on Social Media while many are flamboyant and okay with sharing everything some are really concerned about their profiles and who they connect with, most of the cyber crimes are either done by fraudsters or by someone you know in the close circle. It could be your friend, relative, employee, colleague, your ex-boyfriend/girlfriend. It is essential to have your privacy settings have to be set in such a way that individuals you are not connected don’t get to see a lot of your personal information. Secondly, everything doesn’t necessarily have to go on social media.

I still remember a post made by a girl viral on Social Media when she took a selfie with one of her friends and shared it with the hashtag #Thevidyas – apparently both the girls had the same name and hence the hashtag ‘Thevidyas’ which is an abusive term in Tamil language. One of their friends took a screenshot of their photos with this hashtag and circulated it in some groups which went viral overnight, humiliating both the girls.

In a similar incident, an ex-colleague of mine (a typical traditional Tamil girl) had gone for holidays with her friends. these girls who were all traditionally dressed took a photograph while sitting in a circle and placing their hands on a ‘brandy’ bottle which was in the centre of the circle. Girl who wanted to share this photograph with her friends, uploaded them on Google drive and kept the settings public which made the image discoverable and the photo that was clicked in 2010 is still viral with a meme titled ‘Kudumba  kuthuvilakku’

Many a times they had approached police but it wasn’t of great help. This picture has really caused a huge distress in their lives as it has hindered their personal lives to some extent. 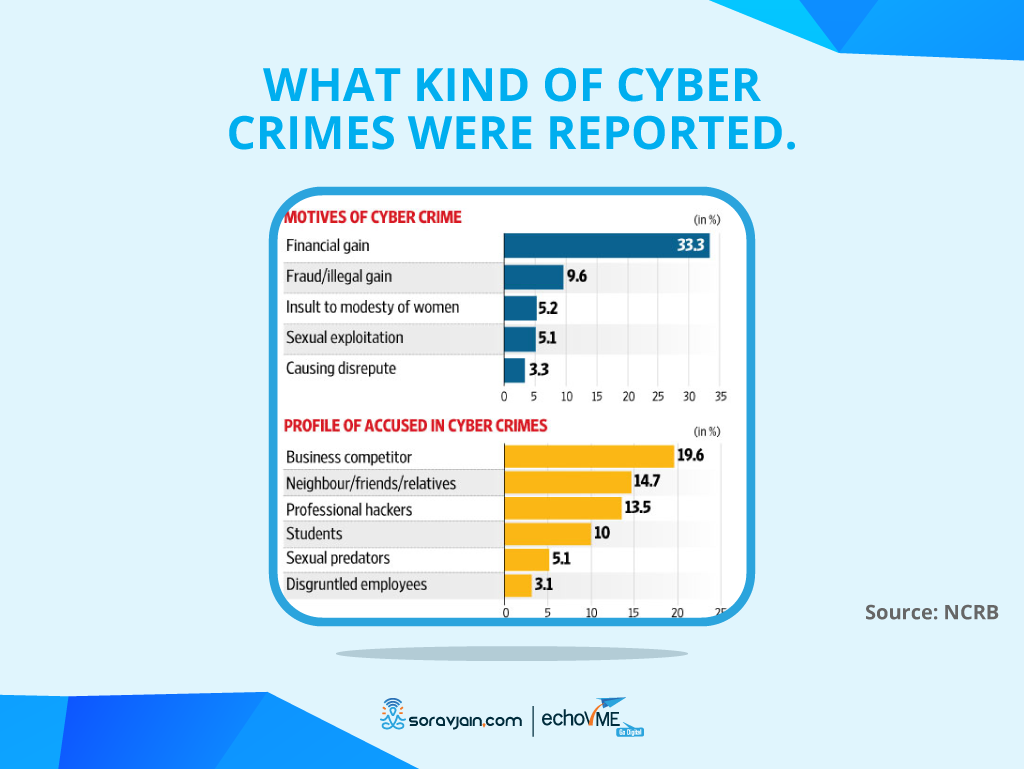 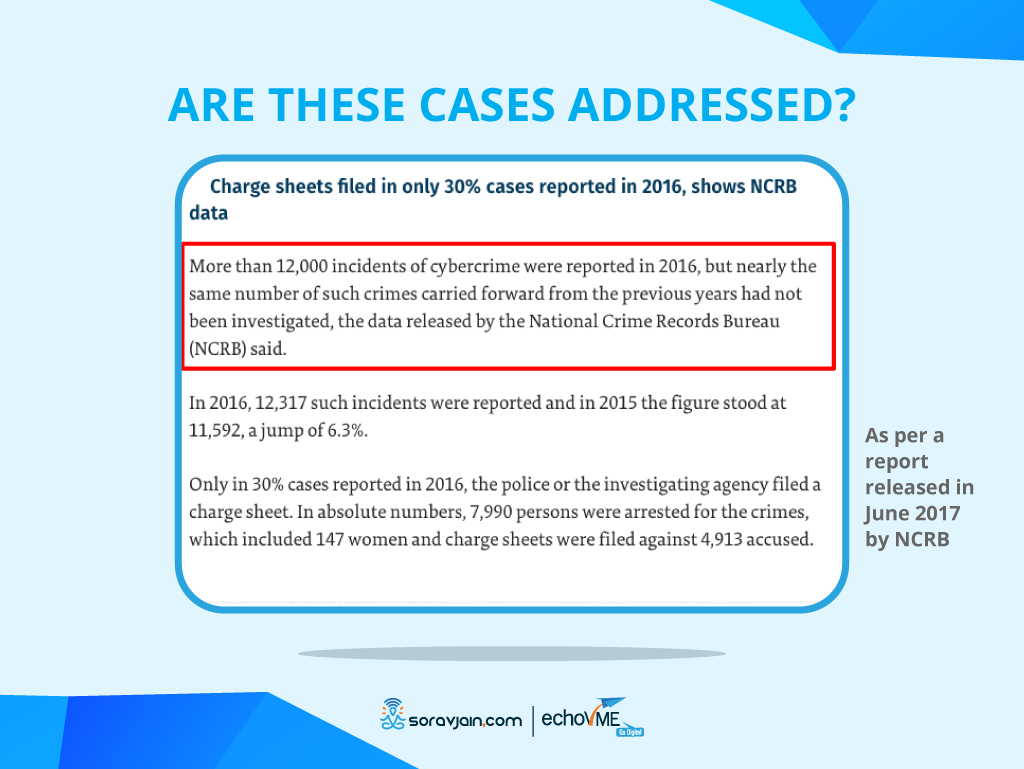 Remember, it’s very difficult to remove the viral content on Social Media so it’s always better to be safe than sorry.  Cyber crimes are many, but here are some of the most common type of Social Media Crimes that I often come across:

Profile hacking happens when, as a user,  you are not able to log in to your account. Someone has complete control of your account and has changed all the credentials. Facebook is the most hacked social networking site and it generally happens because of the following reasons:

Since, Facebook’s service is really slow, you should raise the alarm through someone you know at Facebook or people who deals with Facebook advertisement team, this way you are probably getting this sorted on a lot quicker note.

How to avoid your profile from hacking on Facebook:

Be aware of the malicious apps that you subscribe to from your Facebook account.  Below is an example of multiple apps that I don’t use but have subscribe too. Beware of games you play on Social Media ‘Know when are you going to die’ ‘Check out which actor do you resemble’ – most of these apps try to source your data and since you are in so much hurry to know when are you going to die you actually don’t check the alert that it tries to create where they ask you to access public profile (in most case), malicious apps are more likely to ask you for your personal data too which could include passwords. 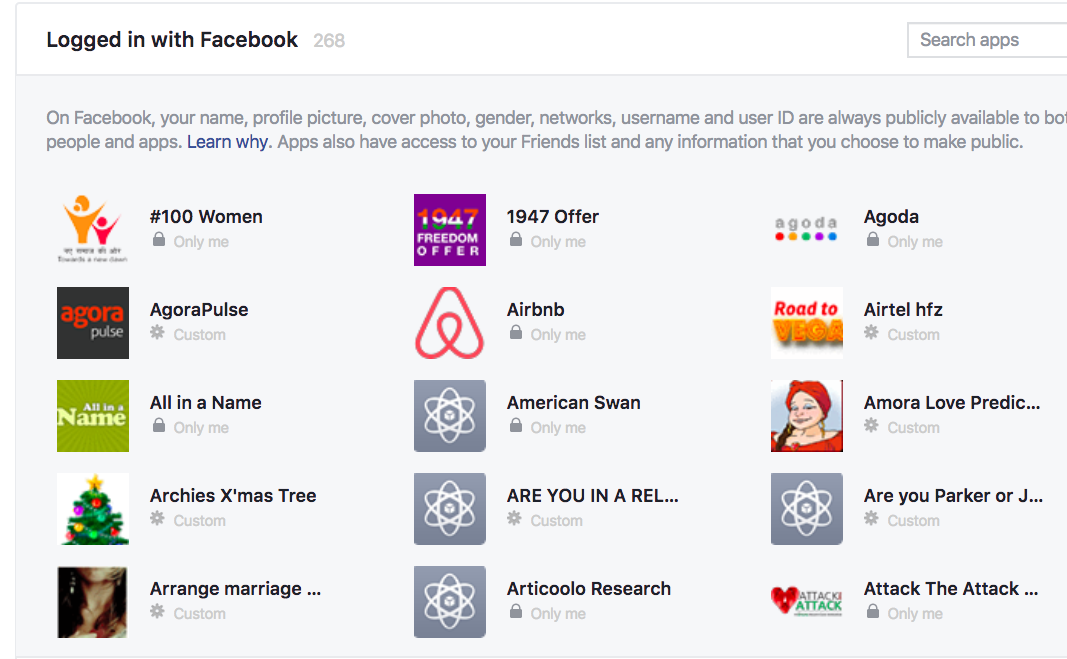 An example of photo morphing – 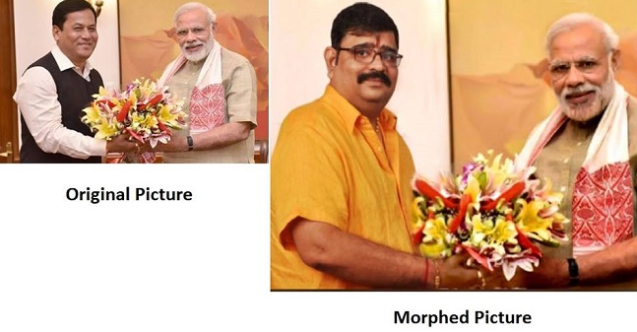 Tips to follow to be safe from photo morphing: 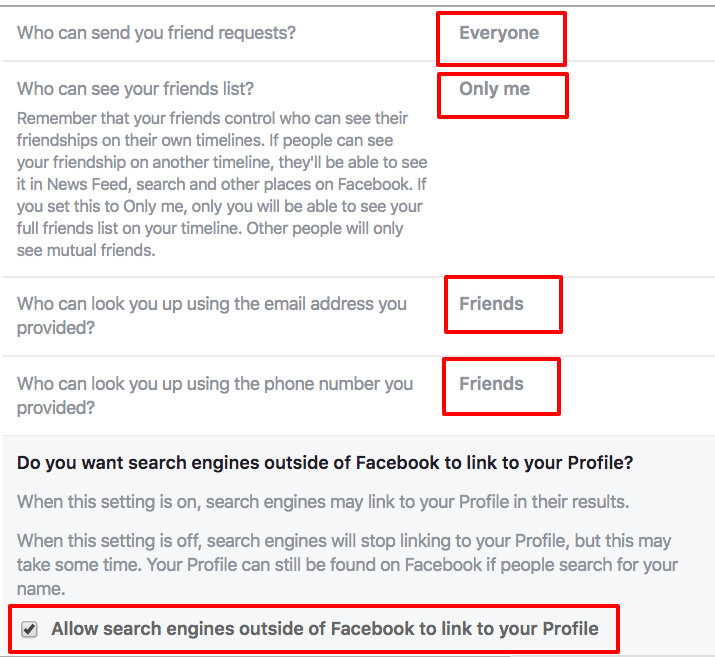 To keep a very stringent visibility, ensure your settings are as shown above.

To keep your profile safe you shouldn’t allow people to see photos tagged by your friends, you can have control over them and take a call on photos before it goes all public

To keep your profile safe you shouldn’t allow people to see photos tagged by your friends, you can have control over them and take a call on photos before it goes all public.

You would often come across messages, post which would say ‘Click on the link to claim the offer’ or ‘spin the wheel to win.’ These offers would generally ask you to forward the message to another 20 people once you have registered in order to get the code or coupon. You won’t get coupons but the host would get your personal information.

Women tend to fall for this scam on OLX, where the buyers try to give amazing offers.  For example: iPhone X for Rs.25,000 and many do the advance transfer to make a booking and surprise their husbands. But, once the sellers get the advance, they tend to abscond. These guys will communicate genuinely till they get the required money. 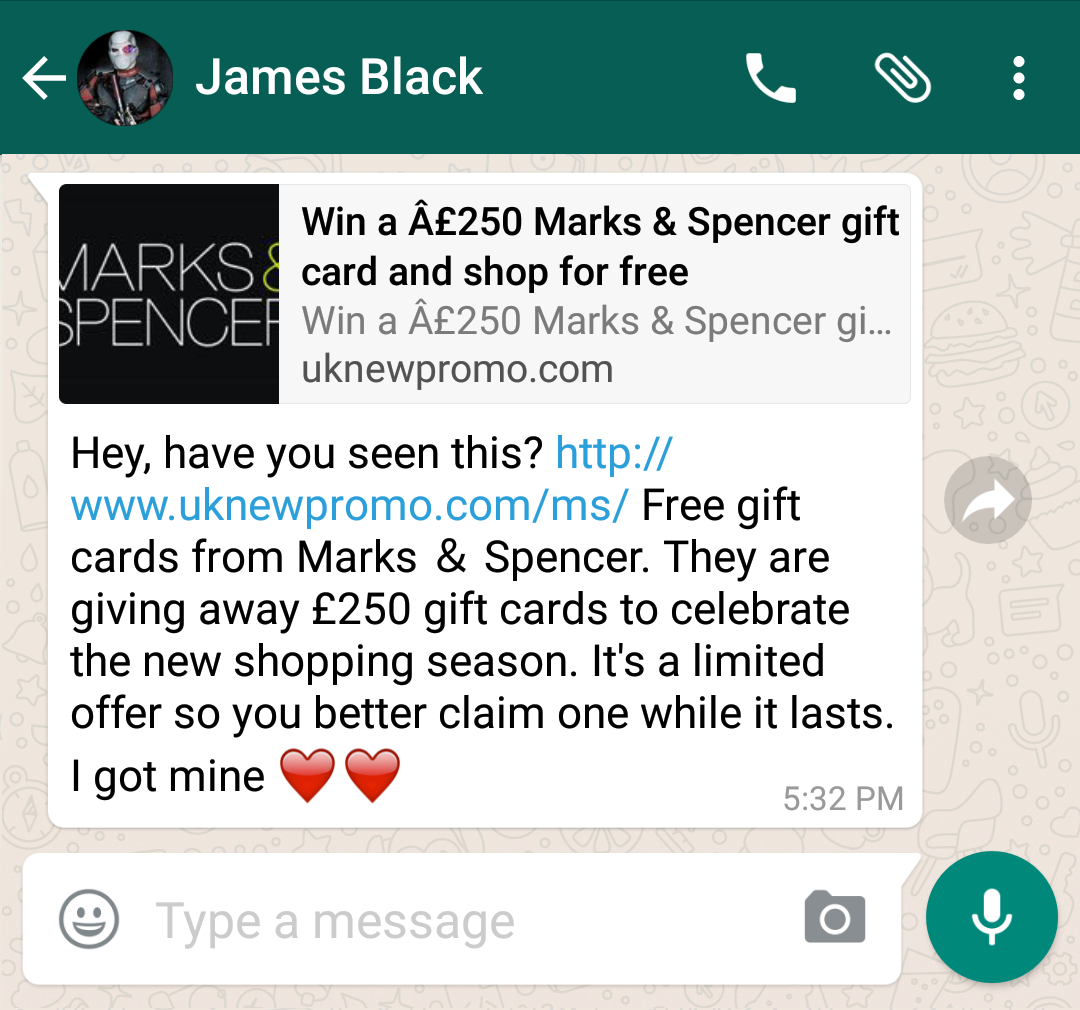 Tips to follow to be safe from Offer and Shopping Scams: 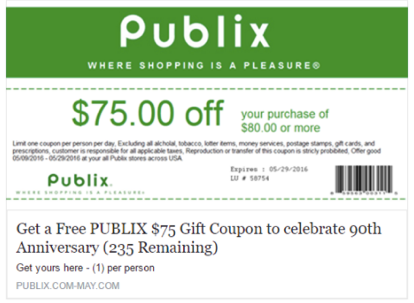 There are people out there who would connect to you on social media, interact with you, and persuade you to move to a different form of communication through various excuses. Once they realize that you are falling for them, they would send you small gifts to show you that it’s same on either side. After a point the romantic period would start declining and they would start asking for monetary help in the form of recharge, booking flight tickets to meet and the list only grows.

There are also extreme cases where a guy promises to marry the girl and before the marriage runs away with all her money.

It is basically a trick/scam which would begin with romantic intensions to build goodwill and later commit fraud.

The other form of romance scam is where the person who you fall in love with will ask you to strip naked in front of cam. He is more likely to chat with you on skype and you might be so much in love with the person opposite that you wouldn’t mind doing him/her a favor. This is the last time he/ she would chat with you and then you will start receiving blackmail calls.

Tips to follow to be safe from Romance and Dating Scams:

Now look at the images below on asking people who they find more genuine, they raised hands for Anusaya because she has about 2000+ friends and also photograph of Sai Baba. But the truth us both the profiles are fake and I found them on one of the Sex Groups on Facebook that I happen to come across during my research. That group had about 5000+ members and since most of them want to chat and talk about ‘sex’ they were fake. 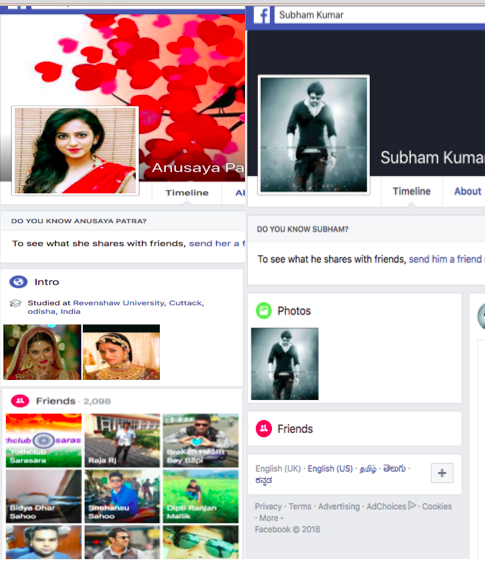 How to identify if the profiles are genuine or fake?

Link bait happens when the content of your website or pages gets linked to other sites because they want to and not because they have asked you. A few instances where link bait has been showcased are-

When clicking on any of these links, there are chances where you are likely to send the same message to the people from your profile. This link would be sent from your name and would make people think that you are the one doing it.

Tips to follow to be safe from Link Baiting: 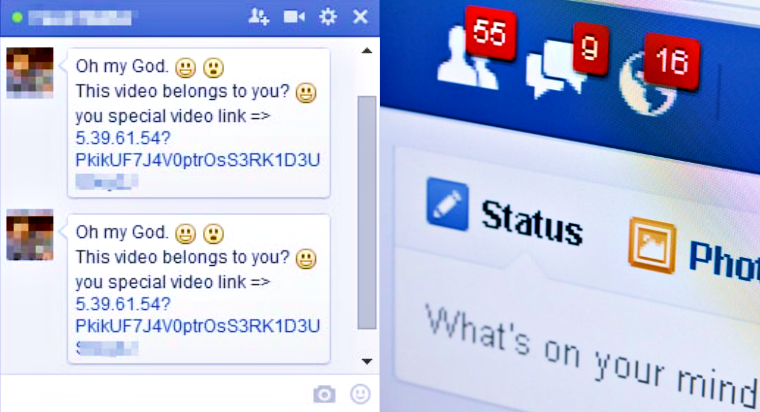 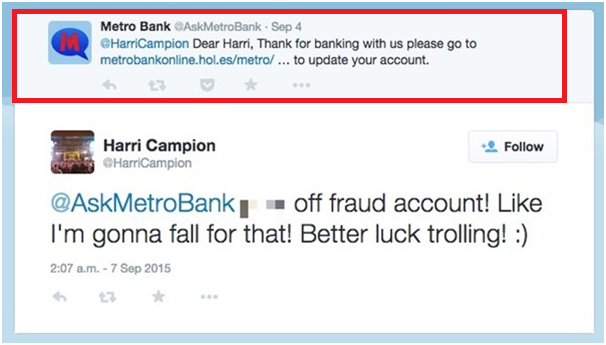 Informational theft occurs when an imposter identifies key pieces of personally identifiable information like social security, driving license number in order to impersonate someone else. Many people tend to store passwords or bank details on their email. Many people try to have very private conversation on Facebook or Instagram messengers. Businesswomen are also more likely to be at the risk of information theft especially with respect to her organization.

Women bloggers these days are faced by plagiarism of various types. When they try to open their business page on Facebook for the first time, there are chances that their competitors would already have promoted bad things to bring down their reputation.

Tips to follow to be safe from Information Theft:

Posting any kind of humiliating content on the social media or sending vulgar messages online, or threatening to commit any act of violence, or stalking by means of calls, messages or threatening of child pornography is called as cyberbullying. There are many Indian laws that can allow a woman to deal with this and with the help of Indian police, you can sort this particular issue. 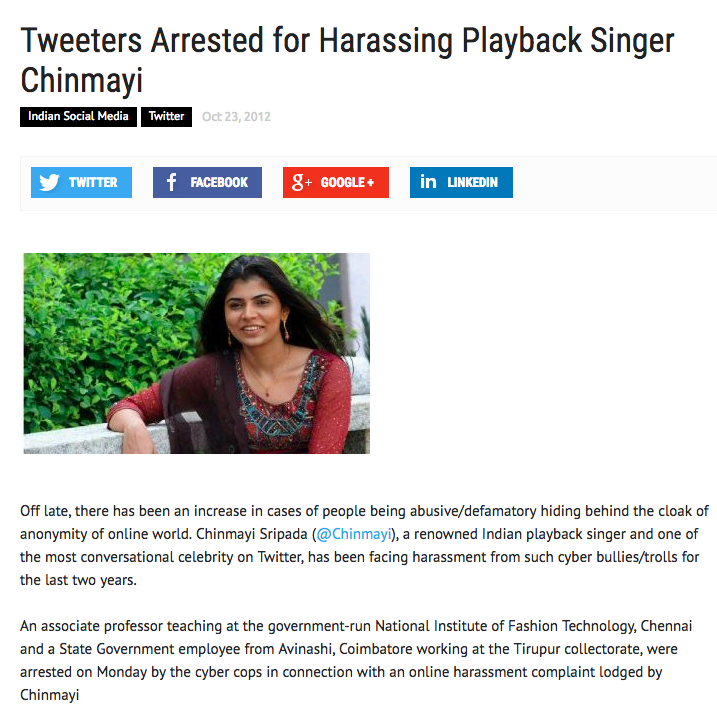 One of the best examples here is singer Chinmayi was threatened by few bunch of people on Twitter and she took police’s help to detain them as she was getting rape and murder threats from people for quite some time.

Here is where you can know some of our cyber laws:

I hope I have covered all the crucial factors with respect to cyber crimes that happen in India. Please keep tabs on the kind of people you befriend on social media and also always have a check on your privacy.

Never tell people more than what they need to know!