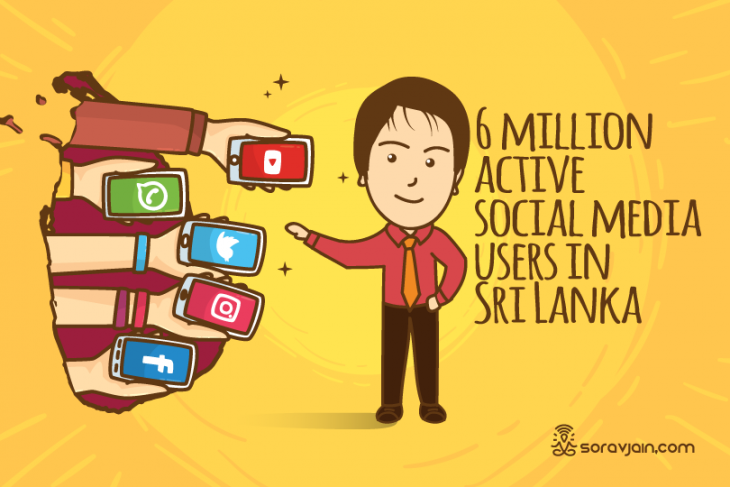 Sri Lanka (formerly known as Ceylon) is an island nation in the Indian Ocean and is situated in the south of India. It is believed that as with the rest of the world, Sri Lanka Digital Marketing is always changing. Digital and social media marketing is gaining a lot of importance across the world. Sri Lanka is also not far behind.

Internet usage has grown at a significant rate of 20% to 25% every year during last 5 to 6 years in Sri Lanka. It is also believed that 63% of all Sri Lankan internet visits happen on a mobile device. Starting from mid-2016, the number of Facebook users in Sri Lanka increased from 4 million to 5 million and incidentally more women between the ages of 18-24 were on Facebook than men. 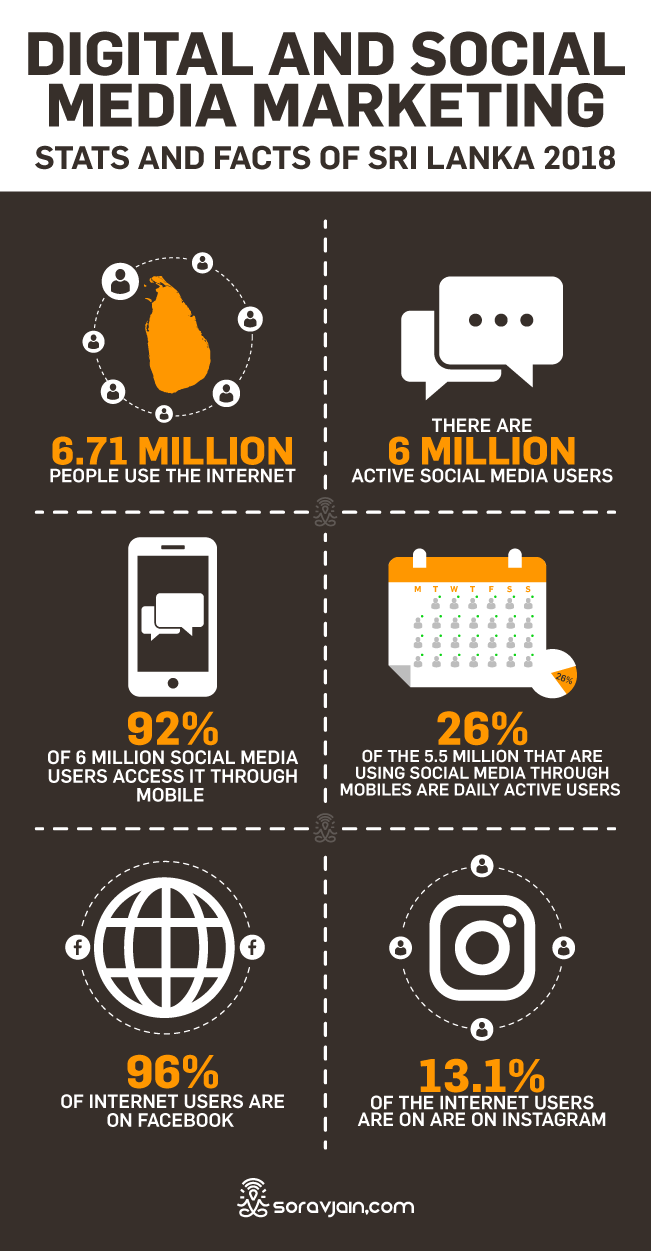 For a nation that has 20.19 Million population and growing, here are some of the facts and statistics about its internet and social media usage:

Overall, it is fairly obvious that digital and social media marketing has become ever so important now and is growing in its ability to influence users. So, it becomes that much more important to stay focused on the messaging and continue to use this as an important option. Additionally, it seems like particularly in Sri Lanka, this is going to be a force to reckon with and is growing very fast. So, as a business, if you are not tuned in to it, you will be left behind.