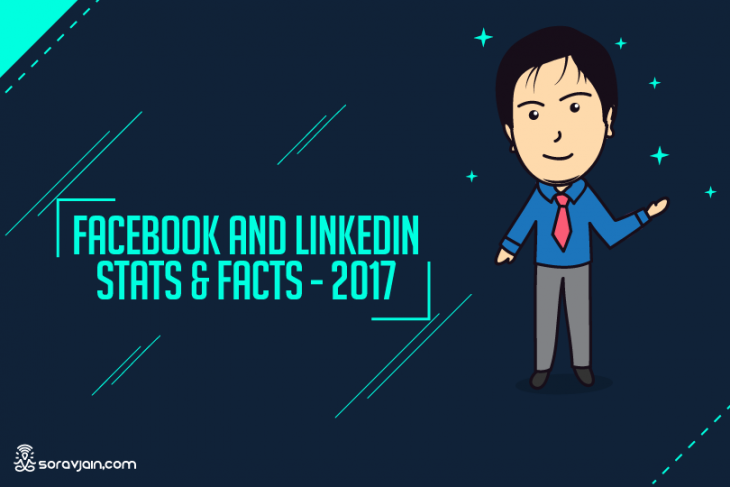 Facebook is an American for-profit organization based out of Melno Park California and was launched in 2004. It drives the idea of ‘Give people the power to build community and bring the world closer together’. In today’s day and age of social media, Facebook is the most popular social networking site in the world simply based on the number of active user accounts alone. The success of Facebook is attributed to its simple ability to appeal to both users and businesses. Facebook revolutionized interconnectivity by enabling the development of a tightly knit network. In just under 15 years of its existence, Facebook has established the “social media” market and connected marketers to their target groups. It represents a huge potential market for your social media efforts, which can ultimately help you, increase your return on investment, aiding to greater marketing success.

According to CNN, as of March 2017, Facebook has 1.94 billion MAU (monthly active users) which is about 25.86% of the world’s population, and 1.28 DAU (daily active users). It has been declared the most popular social network, and would be the world’s most populated country if it was one (China is at 1.3 billion). Hence it is very important to understand the facts and statistics about this site to increase your potential and unique reach. 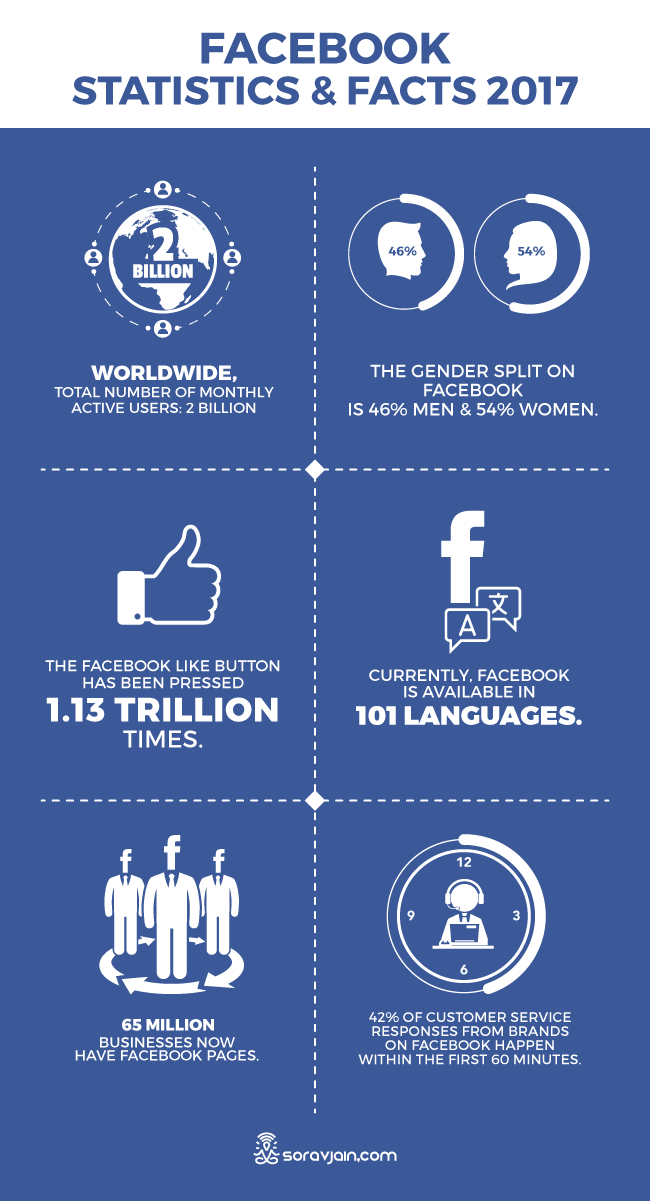 LinkedIn was founded in December 2002 and the site was first launched in May 2003. It is one of the most effective platforms to network professionally till date. Today, LinkedIn is a public company with a firm grip on business and going stronger than ever.

The following are a comprehensive list of 2017 stats that show LinkedIn as the world’s largest social network for working professionals and B2B marketers. 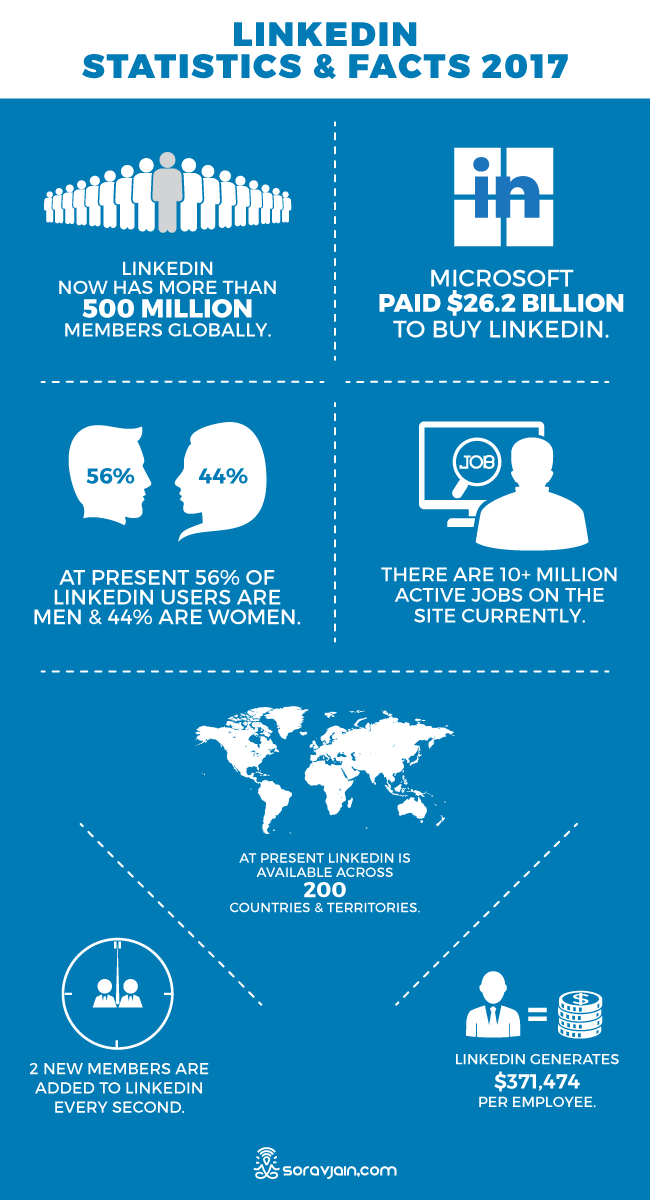