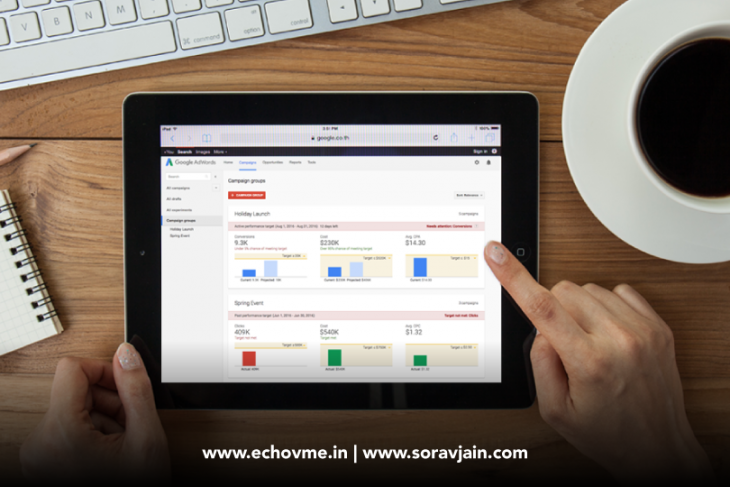 Google introduced two new features, Campaign groups and Performance targets making Adwords’ performance monitoring and tracking easier. Google places display advertisements which reach over 90% of all internet users and to measure and forecast these campaigns against the advertising goals of businesses, Google rolled out campaign groups.

What is Campaign Group?

Campaign group allows you to group all your Google ad campaigns into one, making them easier to track and improve. These ad campaigns are inclusive of all types from search ads to Youtube. Marketers can now use this grouping to track marketing themes across their network of ad opportunities.

Prior the public release of this feature, Google asked few advertisers to try this new feature:

Previously I needed to export all my campaigns into a spreadsheet, group them together, and create a pivot table simply to see how they are performing. With campaign groups & performance targets, we can much more easily see how our groups are performing relative to our goals, all from within the AdWords interface,

Tell us how many clicks or conversions you want to receive, how much you want to spend, and what average CPC or CPA you wish to maintain. We’ll then automatically show you a single view of how your campaign group is performing against those goals, and what we think you’ll likely achieve by the end of the campaign period.

How to Setup Campaign Group

The set up is very simple and you can create multiple groups with distinct targets. Accessible from the left side bar in Adwords, advertisers can choose to how to monitor the performance, can be based on clicks or conversions’ goals. Set specific targets for campaigns for metrics such as spend, total clicks or conversions, and average CPC or CPA. 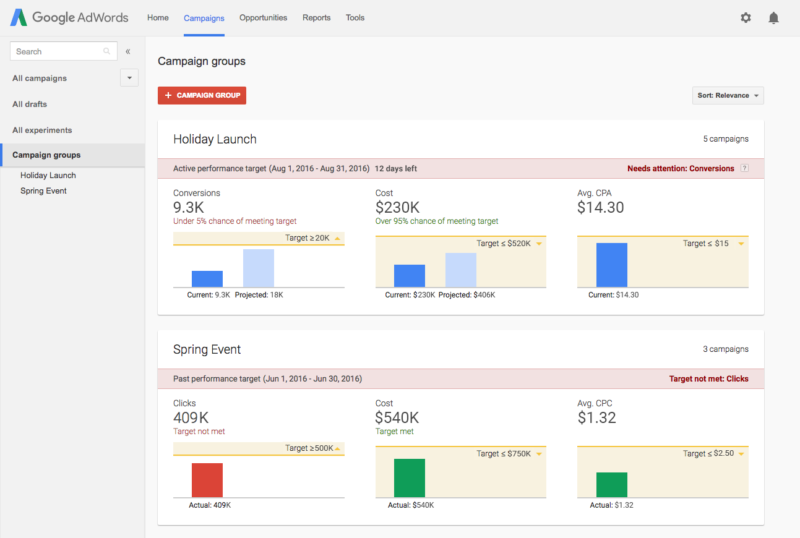 Campaign Groups is strictly a monitoring feature, and has no changes in the functionality at this point. Marketers need to be clear with the objectives to achieve a series of campaign. How many conversions or clicks they want to receive, how much they want to shell out, and the average CPA or CPC they want to maintain. Adwords will map the campaign group to these goals and give insights on what the marketers can achieve at the end.

By combining performance targets with the campaign groups feature, marketers can set conversions and target clicks across marketing platforms.