An Interview with Peter Claridge, Customer Engagement on Social Media 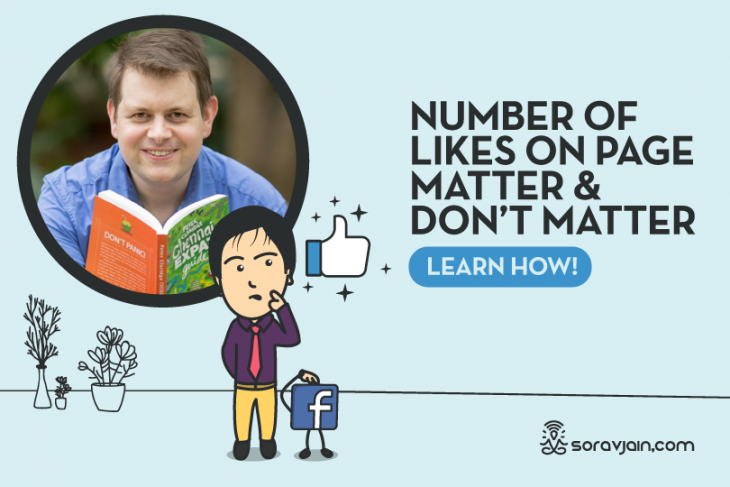 How important are the likes on your pages? Is organic reach completely dead? Well, to answer all your questions with regards to Social Media, we have Peter Claridge – Marketing Director of Unmetric with us today. Apart from being a social media enthusiast, Peter has authored a book titled ‘Chennai Expat Guide’

This interview comes as a part of our #DigitalQ&A sessions on our Facebook Group.

Q1. Sorav: Facebook Organic Reach – Does it have a life anymore?

Peter Claridge: For a large majority of brands, the answer is no. Most of us are guilty of publishing standard, uninspired content that fails to cut through the noise and just doesn’t inspire people. What does inspire people? Shooting a car into space. Jumping out of a balloon from space. Certain celebrities, like Kim Kardashian and Kylie Jenner also manage to draw in huge amounts of engagement for every post they publish thanks to the devoted following they have, but also because they stick to channels like Instagram that are a magnet for engagement.

Unfortunately, most of us can only dream of owning a Tesla, not shooting one into space. When you can do something big that gets covered by the mainstream media (and not because of something negative), then you don’t need to worry about your organic reach. If not, then paid promotion is the only way your content is going to be seen.

Q2. Sorav: Which are some of the most engaged Indian brands in different verticals as per Unmetric?

Q3. Sorav: What type of brand posts are more likely to go viral as per your experience or Unmetric’s Point of view?

Q4. Sorav: Do you think Instagram is a better platform for brands to use right now for organic success of their posts?

Peter Claridge: For now there is, but there are also limitations with Instagram. It’s difficult to interrupt a person’s Instagram viewing to move them off-platform to your website. So while it’s great for engagement and reach, it is more for the brand building at the moment.

Q5. Sorav: Does the Number of Likes on Page really matter?

Peter Claridge: Yes and no. It’s hard to imagine any serious business or social media manager would resort to buying fans in this day and age, but it still happens because they have a belief that bigger is somehow better. Buying fans might have a psychological advantage, for example if an investor was considering investing money into your business, they might do a quick look to see how big the brand’s social audience is. However, from a long-term perspective, it will potentially harm the brand because the content is being shown to either bots or people who have created thousands of fake accounts and are not actually interested in the brand.

On the other hand, building a large audience of people interested in your product means that when it comes to boosting your post or running ads, you have a large, ready-made target audience. The alternative is to run a campaign who you think might be interested. P&G found this out when they ran highly targeted campaigns. They found that they weren’t getting the reach that they needed for a mass consumer product, so had to switch to broad targeting options. If they had a large fanbase, they could be leveraging that instead of spending dollars on a broad target audience that isn’t interested.

Q6. Sorav: The theory of 1 or 3 posts per day is shifting to 3 posts per week on Facebook, is that a good move?

Peter Claridge: I don’t know if there is an exact number of posts brands should be publishing per week. Durex India seems to post about one every few weeks and they are always blockbuster posts that have people howling with laughter or appreciating the brand’s latest campaign. Zomato doesn’t post that often, but when it does, it’s usually exceptional. The same goes for Innocent Drinks. I think the message here is just because you can post something, doesn’t mean you should. Post when you have something interesting and relevant to say. Across the board, we’ve seen brands cut back on their Facebook content. In a recent study on personal care brands in India, we found that there has been a 77% drop in content published on Facebook between 2013 and 2017. That’s huge!

Q7. Sorav: Without Boost Post Budgets there is no gradual success on Facebook? Can you tell us what’s a good budget that a brand needs to park for boosting their posts?

Peter Claridge: It depends on the size of the brand and the willingness to spend money on ‘awareness’. If a brand is already doing mass media advertising, a portion of that budget can be funnelled into social media as social is the new mass media and it’s where the reach is. A small business with limited budgets would have a hard time justifying boosting page content over running direct marketing ads.

Q8. Sorav: What kind of posts drives maximum comments? Do you have those types and sample defined and can you share some?

Peter Claridge: Earlier it was posts that asked people to ‘tag a friend’ or comment to win posts that generated the most comments. However, Facebook has announced that it’s cracking down on this type of engagement bait, so I expect them to be less effective in the future. Here are the top ten brand posts with the most comments from the Indian personal care industry:

"Durex Feel Thin, gets closer than ever before".Buy Now : http://amzn.to/2ryWiDa

Watch this heart-warming video that reminds us to celebrate the superwomen in our lives! Tag all the incredible women in…

Here’s a condom pack that slides easily into your pocket and becomes as good as invisible. So, Always be ready for Love anytime, anywhere with #DurexJeans. Buy Now https://goo.gl/5C8SPK

Stop to fit the Giordani Gold Foundation within the outline & share a screenshot to win indulgent hampers. #IndulgeInGold #GiveawayAlertbit.ly/OriflameContestTermsAndConditions

Durex, for a climax as mind blowing as this one. #GameOfThronesFinale Buy now: http://bit.ly/2un0NBQ

"Durex Feel Thin, gets closer than ever before".Buy Now : http://amzn.to/2jAY2VZ

"Durex Feel Thin, gets closer than ever before".Buy Now : http://amzn.to/2lk0tjL

You’ll see one brand dominated with the most comments. Be like that brand 🙂

Peter Claridge: From a brand perspective, marketers need to be aware of where people’s attention is going. There is a finite amount of attention in the world. Brands would have to advertise in the newspapers because that’s what people read every day. Then, when cars started becoming popular, brands started advertising on billboards along the roads because that’s where the attention was. Then they started advertising on the radio, some soap brands even went as far as creating their own radio shows, known as ‘soaps’ because everyone was listening to the radio. The same happened as people made the transition to TV. TV dominated for decades, becoming the medium that commanded the most attention. Then came the internet and the rise of banner ads.

Finally, we have social media, the latest in a long line of mediums that dominates attention. Social networks are doing everything they can to ensure the attention remains within their ecosystem. Whether it’s apps like Whatsapp and Messenger, or instant articles, it’s all designed to ensure the attention is captured. More than watching the future of social networks, which are simply mediums of our time, brands need to keep tabs on where people are giving most of their attention.

Would you like to be a part of some amazing sessions full of learning with experts like Peter? Join our Facebook Group, interact with our expert panel and also watch them go live on Thursdays under our banner #GuruCoolThursdays.