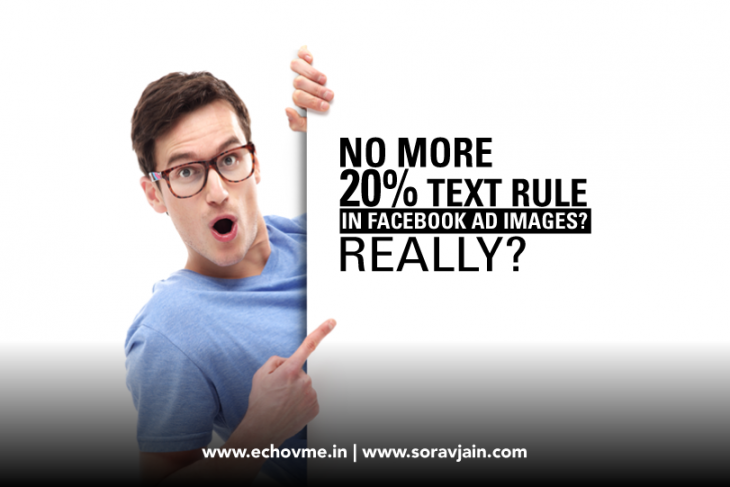 Well, this came as a surprise to most of the marketers who have been living the nightmare of 20% text rule. For many, its not a great idea to have this restriction and for the quality focused designers 20% text rule is WOW as they can focus more on visuals than just the texts. However, this is some big news on the digital advertising industry. Let’s explore more in this article.

Facebook has enforced the rule that the ads that consisted more than 20% of the text would be rejected. The advertisers used a grid tool to manage this rule. If an image is broken up in 5X5 grid it cannot have text in more than 5 squares! Many advertisers found that it wasn’t the amount of text that lead to rejection but where the text was located resulted in rejected ad.

The grid tool is now gone. Now they have come up with more vague guidelines about recommended text outlay which seems to be little more complicated.

Now text overlay has been classified into 4 categories

If your image is classified as OK then it will have minimal text, example: just company’s logo and nothing else.  Then your ads will display fine. 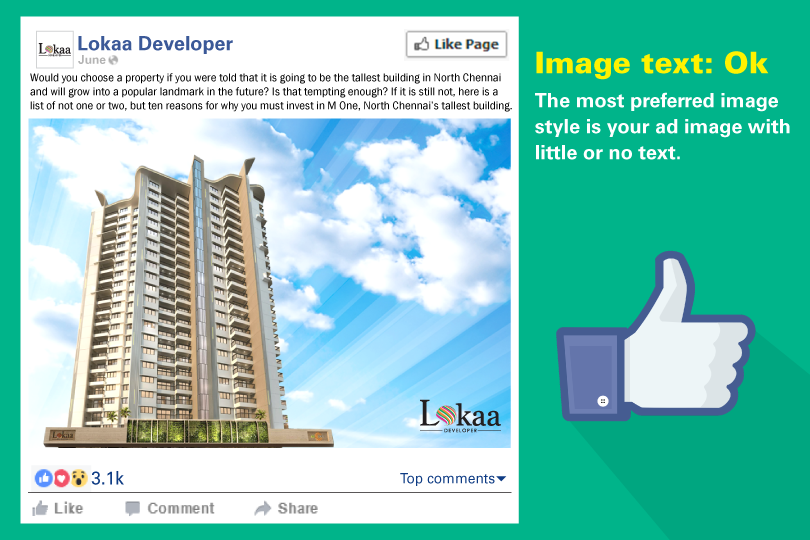 Images that have been classified under Low will be slightly restricted in reach. 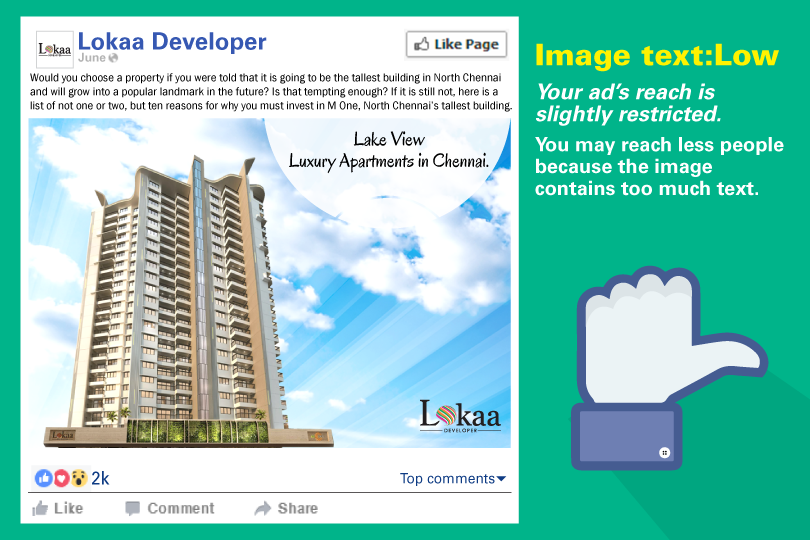 Images that have been classified medium will reach few people less than optimal. 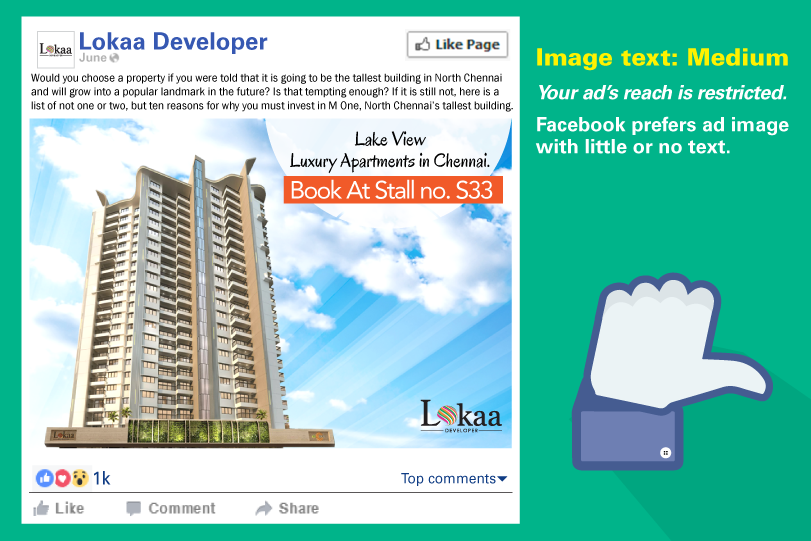 Images with high level of text might not even be displayed. 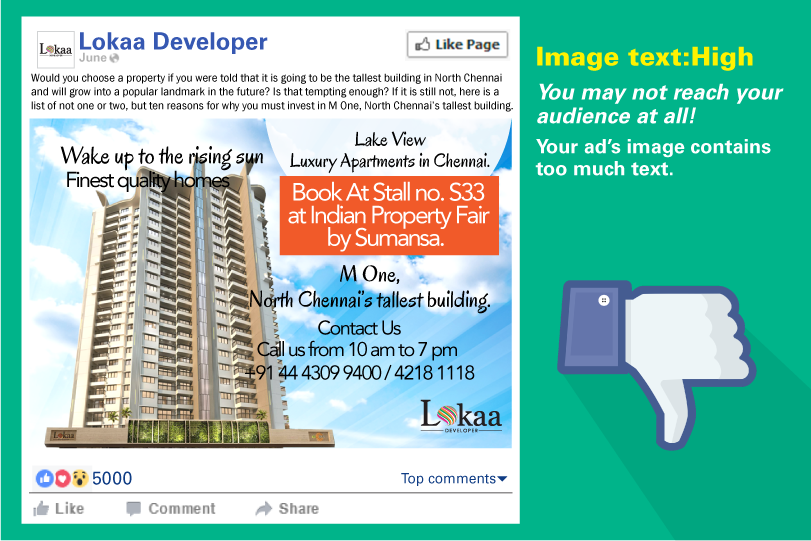 Moreover when you create an ad in power editor or ad create tool you would be given a warning whether the text amount may limit your reach.

The following all are counted as text

Keep in mind to make them minimal. To certify wider reach it is advisable to make all the promotional text within the text.

Fortunately, there are certain exceptions that don’t count against you.

In nutshell the 20% rule has been dropped which tends to give more freedom. But, Facebook still prefers images with less text.

What do you think about this update?  Will it change the way you create your Facebook Ad images?